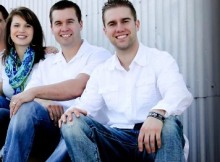 Todd Sondgroth, a 26-year-old resident of Carmel Valley, California, is raising money to build tiny, portable shelters for homeless people. He says he can build “The Light House” for $1,000, a fraction of the cost of other portable homeless shelters.

Sondgroth is using Change A Heart Foundation, an online funding mechanism, to raise money to construct the first prototype. The shelter will be 4 feet wide, 4 feet high, and 8 feet long. It is designed to provide a homeless person with a safe, warm, and dry place to sleep. He plans to work with homeless advocacy organizations, local businesspeople, and philanthropists to provide a free Light House to any homeless person in need.

Sondgroth plans to equip The Light House with amenities to make living more comfortable. They will include a propane-heated portable shower and laundry system, a two-burner cook stove, solar-recharged battery power to supply electricity for lights and electronics, insulation, waterproofing, pots and pans, and a month’s supply of food. Each Light House will also have a list of phone numbers for people and organizations that help the homeless, including Sondgroth’s personal number.

He can customize the design to make the shelter taller, wider, or longer, depending on the resident’s preferences, and add other amenities. Each shelter will weigh only about as much as a fully-loaded shopping cart. The shelters will have heavy-duty wheels for easy mobility.

The Light House will be made of plywood and 2x4s and can be constructed with just a hammer and saw. Sondgroth’s construction experience is limited, but he believes he has watched enough instructional videos that he will be able to produce a Light House in less than a day.

Sondgroth and his wife, Amber Phillips, have participated in several missionary trips to Latin America. Last December, Sondgroth decided to raise money for the homeless by becoming homeless himself. He appealed to the community for support and lived in the forest until he raised $10,000. He reached his goal in 48 hours. The money he raised was donated to several charities.