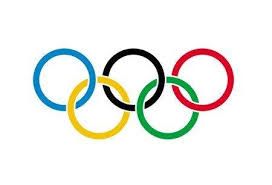 Many cities that have hosted the Olympic Games in the past have found that their projects went over budget, leaving the public to pick up the tab, and did not produce long-term economic benefits. The Olympics have also become known for creating White Elephants, or sporting venues that are built for the Olympics and not used afterward. Those trends have made many cities reluctant to consider hosting the Games.

The International Olympic Committee has released 40 recommendations for future Olympic Games. The IOC is encouraging cities that bid to host the Olympics in 2024 to create temporary stadiums and venues or to use existing facilities to avoid going over budget or having facilities that will go unused later.

Temporary Olympic stadiums have been used for opening and closing ceremonies in two Winter Olympics in France. A temporary venue is also planned for the 2018 Winter Games that will be hosted in South Korea. Temporary non-stadium venues, such as beach volleyball grounds, are typically used.

Constructing a temporary stadium could make more financial sense than building a permanent one. The public could be opposed to the city or state government’s borrowing money to build a permanent facility. A private sector partner would therefore generally need to provide financing. In the case of a temporary venue, however, the IOC allows revenue generated by ticket sales, sponsorships, and broadcast rights to be used to build temporary facilities that will only be used for the Games.

Several U.S. cities are competing for the opportunity to host the Games. When the Boston 2024 committee unveiled its proposal to the International Olympic Committee in November, one notable feature was a temporary Olympic stadium that would be constructed at Widett Circle in South Boston and dismantled after the Olympics were over. The Boston proposal also recommends using existing venues, such as the TD Garden, Harvard Stadium, Gillette Stadium, and other facilities, for the event. The Boston 2024 group believes it can cover all construction costs with about $4.5 billion from revenue generated by the Olympics and donations.

Other U.S. cities are bidding for the 2024 Olympics and taking the IOC’s recommendations into account with their proposals. San Francisco has proposed building a temporary stadium. Washington, D.C. has proposed constructing a stadium that could be converted for another use after the Games are over. Los Angeles wants to renovate the Los Angeles Coliseum, which has hosted the Olympics twice before.

The USOC will decide this winter whether to accept one of these proposals. It would then submit the proposal to the IOC.