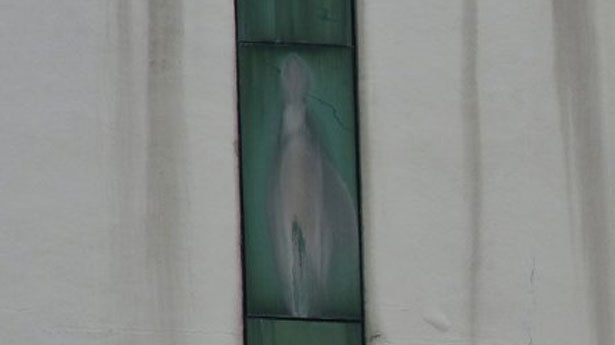 Every once in a while, news stories come out that mention canopies, carports or portable buildings in a way that you might not expect. Of course there are always straightforward news stories about these as well, much like the posts in this blog. From shade canopies in Texas to Arizona’s aesthetic issues with carports, we have covered a lot of the stories from across the web. However, we haven’t seen a story about canopies much like this next one.

Coming out of Malaysia, a hospital is receiving accolades for one special reason – they provided shade to worshippers of a window pane. Here’s some context for that statement, from AsiaOne News:

“The image said to be that of the Virgin Mary, whom Catholics revere as the Mother of God, was reportedly first spotted last week and had been captured on camera and reproduced on social media where it has gone viral. Businessman Edward Teo, 67, said the hospital management had been considerate as they put up canopies for those who wished to worship.”

The article says the hospital is donating the window panes to the Catholic church soon, so that many more people can view the image on the window. A contractor has been hired to carefully remove the window pane without any damage occurring to the pane itself:

“…the hospital announced that a professional contractor would be engaged to ensure no damage to the glass panel during the moving process which would be supervised by officials from the Church of St Thomas More. The panels will then be placed at the Marian Church of Our Lady Lourdes in Klang, which will be more suited for Catholics wishing to revere the image.”

It just goes to show you – considering the numerous uses for canopies, you never know what type of stories you’re going to see!