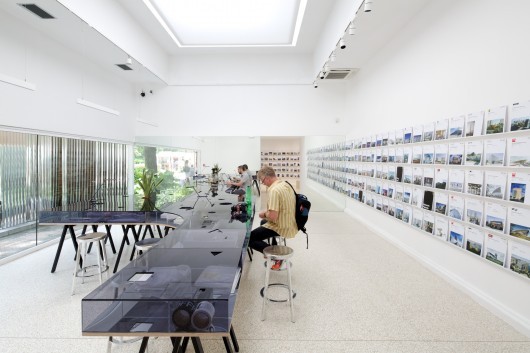 Architects from around the world have gathered in Venice for the Biennale Festival, which draws people every two years to showcase and explore the many aspects of architectural design.

Architects from participating countries create temporary pavilions where they can showcase their unique ideas. This year’s festival includes 65 national pavilions.

Dutch architect Rem Koolhaas, who is famous for his unconventional designs and theories on city living, is curating the biennial festival. He said the theme of this year’s event is an exploration of how countries have adapted to modernity through architectural design over the past century. He said modernization is often a painful process for many people and that that can be reflected in architectural design.

The Biennale Festival consists of three major exhibitions. Elements of Architecture and Absorbing Modernity 1914-2014 are being held at the Giardini, and Monditalia, a six-month workshop on Italian architecture, is being held in the Arsenale. Exhibits at other temporary pavilions are also spread out at locations throughout the city.

The “Fundamentals” exhibit at the festival is intended to be provocative and focus on the most basic elements of architectural design, such as walls and doors. It is meant to convey the idea that many of today’s architects are limited to superficial changes, rather than being free to alter the underlying structures of buildings.

Koolhaas said the festival is meant to focus on architecture, rather than on famous architects, and is intended to focus more on research than on creating finished products to be viewed by the public.

Koolhaas and 187 other people have been working on the festival for the past two years. It began on June 7 and will run until November 23, rather than the three months it has run in the past.